Two Hours Traffic and Boys Who Say No (Tuesday, March 26)

$10 in Advance/$12 at the door, AA/Lic
Tickets at The Cornerstone or Ticketbreak 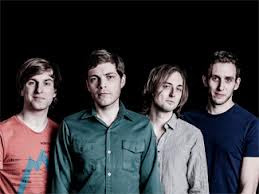 Two Hours Traffic’s specialty has always been unforgettable pop melodies. Now, with a revamped lineup and a new producer behind the board, the award-winning Charlottetown band has honed its craft and created its catchiest, most focused album to date, entitled Foolish Blood. Over the past decade, they’ve earned a short list nomination for the Polaris Music Prize, come out on top at the East Coast Music Awards, graced magazine covers, landed TV show placements, and toured across Canada and around the word. Having accomplished so much already, Two Hours Traffic is only getting better.

Boys Who Say No 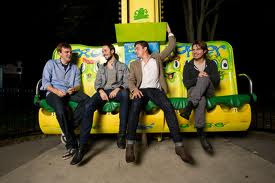 Toronto’s Boys Who Say No have been building buzz with their playfully unpredictable brand of quirky and infectious party pop. They blast out a frenetic live show that is sure to impress. The boys are very excited for the upcoming release of their first full-length album, “Contingencies.”

Having shared the stage with indie heavyweights like, Japanther, Cuff the Duke, Chain and the Gang ﻿ , Chad VanGaalen, Two Hours Traffic, Bloodshot Bill, Bry Webb and Attack in Black﻿ the boys are very excited to be hitting the road again this spring in support of their new album.

Posted by Bookshelf Blogs at 9:43 AM