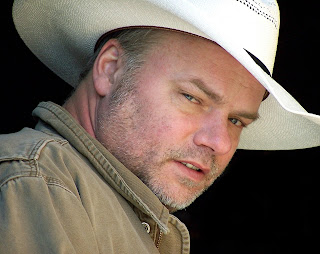 Throughout the years since his first album in 1980, Fred Eaglesmith has usefully managed to both transcend and blend such genres and categories as rock’n’roll, country, folk, singer-songwriter, Americana, blues and bluegrass to fashion his own distinctive brand of literate, melodic and rhythmic rocking elecro-acoustic North American music. Along the way he has gathered a unique set of accomplishments: a Juno Award for Best Roots & Traditional Album, had his music used in films by Martin Scorsese, James Caan, and Toby Keith, writing a hit #1 on the bluegrass charts (“Thirty Years of Farming,” recorded by James King), wowing David Letterman in his U.S. network debut in 2010, and finding his songs included in the curriculum at two colleges. His followers are so devoted that he is the host and centerpiece of a number of music festivals in the U.S. and Canada. He also inspired the Roots on the Rails rolling music fests and hosts its excursions on scenic railways as well as, last year, at sea. When not writing recording and performing music, Eaglesmith creates visual art that is exhibited in commercial galleries and museums.

In addition to having his compositions featured on best-selling albums by country singers and writers like Keith (“White Rose”), Jackson (“Freight Train”), and Lambert (“Time To Get A Gun”), such fellow songwriting talents as The Cowboy Junkies, Chris Knight, Kasey Chambers, Mary Gauthier, Todd Snider, and Dar Williams have all recorded Eaglesmith songs.

Catch Fred and his Travelling Steam Show for a raucous night at the eBar.

Posted by Bookshelf Blogs at 9:15 AM