JFB: Tomorrow night eBar presents one of the best DJs in the world! 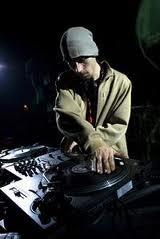 We're bringing in the best. We say this with absolute confidence because scratch DJ JFB from Brighton UK has proven it at the world's premiere DJ competition, the DMC Championships, where he's come out on top not just once, but twice. Check out his bio:

In recent years the art of turntablism has spun off in myriad new directions, with techniques such as video scratching and instant sample creation representing a dramatic sea-change for the discipline. Few artists have been further to the fore of these fresh developments than JFB, a scratch DJ and party starter extraordinaire who won the UK DMC Championship in 2007 and 2011.

Here's a practice run of his winning 2007 routine:

Unlike many turntablists, JFB also knows when to stop beatjuggling and start dropping bombs--ultimately, it's all about making the people dance. Many of the tunes you'll hear him spin will be his own recordings on labels like Sludge, Hospital, or One Eye Records. This is an artist who's fully immersed in bass culture, and just as happy spinning hip-hop or jungle as he is breakbeat and dubstep. Allow him free reign to do his thing with a full range of equipment at his command, and the results will be utterly groundbreaking, but set him loose on two turntables and a decent scratch mixer, and the boy will set about producing results that are just as jaw-dropping.

The night will be opened up by two of Guelph's pioneer DJs: 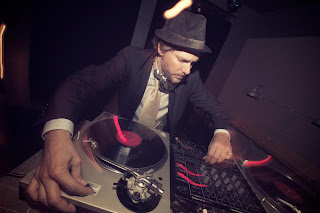 From Whistler he moved back to southwestern Ontario to take up several residencies playing with DJs from the world-famous “Industry Nightclub” in Toronto. During the mid-90s, “the cat” moved to Halifax where, along with Harry Mathers, Mike Paine (aka Hoola Hoop), and Sara Spicer (aka Lioness), he helped open Vitamin Tribe Records on Hollis Street. The Vitamin Tribe crew helped to pioneer the outdoor music festival scene in Halifax, throwing free full-moon parties at renegade locations by the Halifax airport. These underground events soon turned into the most famous parties of that era, such as “Go the Distance” and “Go Further.” If you attended these parties you will certainly remember Edwin’s epic sunrise sets, dropping timeless classics like “Everybody Loves The Sunshine” literally as the sun reached the horizon.

In 2000 Edwin moved to the Caribbean with John Farrugia, aka Big Toe of Big Toe’s Hi-Fi, to explore and learn about the grassroots of turntable culture. More recently Edwin played at both the 2009 and 2010 “Shambhala Music Festival,” one of Canada’s premiere international outdoor music festivals, held in the Kootanay Mountains of BC. In the summer of 2012 Edwin played at Evolve Music Festival in Nova Scotia, also considered one of the top outdoor music festivals in Canada. To download some of Edwin's mixes, check him out on SoundCloud. 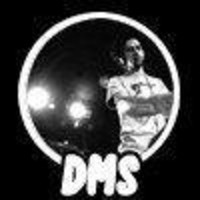 He's been DJing for nearly twenty-five years--scratchin' funk & hip hop records and literally breakin' in the lunch room since 1988. Uncle D has shared the decks with folks like A-Trak, Q-Bert, and DJ Dopey, but was also the DJ for wordPEOPLE, who have collaborated with Moka Only and have been billed alongside Ike Turner, Bedouin Soundclash, and Miles Jones. DMS hosted his own radio show, Time Stretch, on CFRU for almost fifteen years and ran Guelph's hottest record store, Baseline Studios, for more than ten! Check him out on SoundCloud.

Bookshelf Home
eBar Page
Posted by Bookshelf Blogs at 8:00 AM