US Election Night at the Greenroom 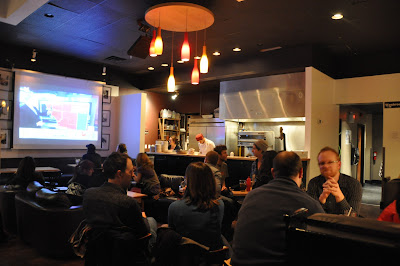 I really enjoy following international and Canadian politics. Last night was the show--the big game--and we had an election party in The Greenroom at The Bookshelf. People young and old decided to brave the cold night in early November to watch the US election results come in and to share some food, drink, and good times.

We even created some special cocktails for the evening, including the "Obama Momma" (Rum, Coconut Rum, Orange Juice, Pineapple juice, and Grenadine) and the "Mitt Julep" (Bourbon, Mint, Sugar, Crushed Ice).

Between rounds of cocktails we followed the minute-by-minute TV results as they were being projected onto the Greenroom's screen, and tried to avoid the commercials by playing some funny YouTube videos. Unfortunately, there were commercials on the YouTube videos as well. Nonetheless, if you have not seen Chris Rock on Obama, and Joss Whedon on Romney, you must, because they are quite funny!

Thanks to everyone that came. It was great spending the evening in the presence of such politically-engaged, intelligent, fun people! 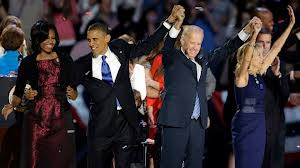 Bookshelf Home
eBar Page
Posted by Bookshelf Blogs at 7:43 AM